GreenMile Chat is a mobile app that interacts with GreenMile solutions.

The product team decision was to create a single app (GM Chat) that could be used by the entire ecosystem of the company’s products, eliminating re-work, versioning management and keeping the same experience to the user, no matter the app he/she was using.

I had to follow the 3 design principles: Consistency, Efficiency, and Beaty. Also, I needed to consider the goal of having a super light application. With that in mind, just a small set of features was added to the app’s first version, although much more is planned for future releases, including attachments and voice.

Every mobile app has a button to start a conversation, which will automatically open GM Chat. The same happens when a conversation is initiated by a dispatcher (usually working on a desktop computer running GM Live). 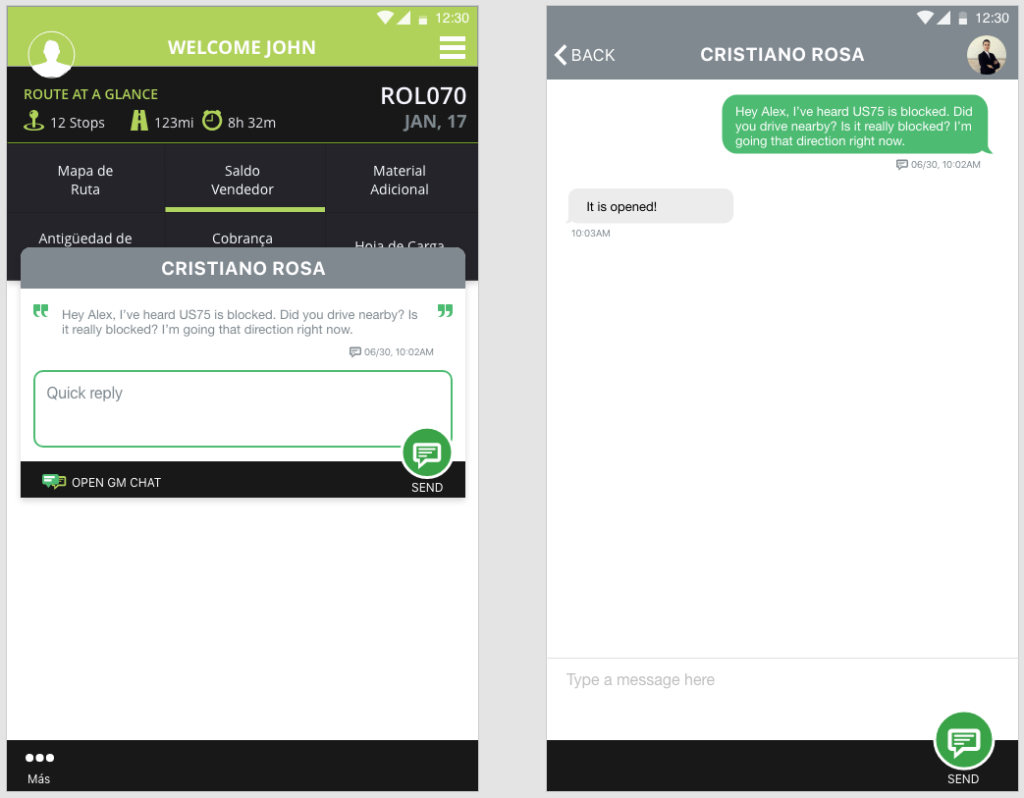 UX consistency between apps. To the left, the upcoming GM Driver. GM Chat is on the right.

Although users now need to install more than one app, customer satisfaction has increased as, managers, for example, who usually have several apps installed, can work just with a single chat app, no matter the tools they are currently using.

Play with the original prototype above.